Character matters. And not only that, but specific character habits have been shown by Dr. Fred Kiel to deliver higher and better financial returns. This is one of the major takeaways from Dr. Kiel’s book, “Return on Character,” which Harvard Business Review described as “the first major study to show a measurable relationship between character and business success.”  Most importantly, Dr. Kiel has shown that character can be changed.

Join Dr. Kiel, his colleagues at the KRW Research Institute and their partner, The Summit Group, for the unveiling of a major new research initiative, sponsored by SAMA, that explores the new frontier of character science and its role in SAM and SAM leadership for the future. Attendees will gain an illuminating perspective on Dr. Kiel’s research AND have the opportunity to participate in this exciting new body of research as the first cohort to bring this body of science to the profession of SAM and sales.

Attendees will learn the keystones to move from a self-focused mindset to a worldview that stresses unity of purpose, harmony of teamwork, commitment, performance, and contribution to community. This work has brought hard science to what had been previously seen as the domain of soft skills.

We hope you will join us on this exciting and generative journey! 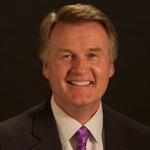 As CEO of The Summit Group, Phil is a recognized thought leader on business value transformation as part of the go-to-market strategies of some of the world’s premier sales consulting firms, both in the public and private sectors. In addition to his keynote presentations and engaging programs, Phil serves as a coach, mentor, consultant, and advisor to top leaders across a range of industries. He has delivered sessions in over 40 countries.

Phil has served on the Board of Directors for SAMA (Strategic Account Management Association) and also leads the CEO Forum as part of the annual National Prayer Breakfast in Washington D.C. He is on the board of OppSource, an AI-guided sales platform developer, and a board advisor for Nanocopoeia, Fourteen Foods, and The Frauenshuh Companies. Phil is also a founding board member of the Minnesota Silent Warrior Project, an initiative to support veterans with PTSD. Mr. Styrlund is also one of the co-founders of The International Journal of Sales Transformation, based in London.

Phil has written for, or been cited in, articles in leading publications that include: The Wall Street Journal, The National Account Management Journal, The Los Angeles Times, Inc., Fast Company, as well as in several best-selling books including Adversity Quotient and The Power of Purpose. In 2014, the book Relevance: Matter More was released; co-written by Phil. He is also a contributing author to the recently released book Crisis of Disengagement: How Apathy, Complacency, and Selfishness Are Destroying Today’s Workplace.

His career includes key leadership positions with US West and ADC Telecommunications. Phil also teaches in various university and executive education programs and has master’s degrees in Business Administration and Telecommunications Science. 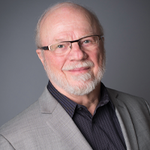 Fred Kiel, PhD, and the KRW research team have drawn international attention to the critical issue of leadership character—which is the source-code of organizational success. His team’s groundbreaking research on the connection between the character of senior leadership and profitability is re-setting organizational expectations. The associated data measurement and predictive analytic tools that have sprung from this research are used worldwide by both executive teams and corporate boards.

The results of this research is reported in Return on Character: The Real Reason Leaders and Their Companies Win (Harvard Business Review Press, 2015).

Fred is the co-author of the influential book, Moral Intelligence and a seasoned speaker. His popular TEDxTalk, “Psychopaths in the C-suite,” has drawn international attention to the critical issue of leadership character.

Fred co-founded KRW International and for more than 40 years Fred and his colleagues have guided Fortune 500 companies in their journey to accelerate business success through principled leadership. The foundation of KRW International’s model is a rigorous data-gathering and customized development process designed to provide transformative insight and growth. As a result, Fred is recognized as one of the pioneers of the field of executive coaching.

Fred believes in a world where Leadership Character is fundamental to business education programs and performance evaluation processes...a world where “who” a leader is receives as much attention as “what” the leader is trained to do.

Please fill out the form below to register for this webinar.